Meet the New Class of Trustees

Bishop Anderson House added 4 talented new members to the Board of Trustees at the 2014 Annual Meeting.  We are grateful and honored to welcome them aboard.

The Rev. Anthony J. Vaccaro, M.D. came to Chicago in 1989 after completing medical school at Boston University. Before that, he spent a year in mission in Belize City upon the completion of his undergraduate studies in Biology and Spanish at Boston College. Not quite done with his studies or exploring his vocation in the healing ministries, Anthony went on to receive an M.Div. degree at Garrett-Evangelical Theological Seminary in Evanston and an Anglican Studies Diploma from Seabury-Bexely in 2012. He did his Clinical Pastoral Education with Vitas Hospice on their inpatient unit at Mercy Hospital. Anthony sees his life’s work as a manifestation of one vocation following Christ’s command to heal. He will continue to work for Northwestern Medicine as an internist with advanced knowledge in Clinical HIV Medicine. He will also continue to work for the Chicago Diocese at St. James Cathedral where he was asked to lead the effort to develop and coordinate the health ministries of that parish and others in the diocese.

Travis Joseph McClendon was born on the Southside of Chicago in 1948 of Roman Catholic and Episcopalian parents. He was baptized at St. Edmund’s Episcopal Church and later attended St. George in the Chatham neighborhood where he grew up. He holds a B.A. in History and taught elementary school before settling in retail. He worked at several jewelry stores on Michigan Avenue in Chicago until his career was ended with the onset of Parkinson’s disease. He has been a volunteer at Northwestern Memorial Hospital and the Rehabilitation Institute since 1990 and completed Bishop Anderson Houses’ Parish Lay Volunteer Training Program in 2004. For the last three years he has been a volunteer Chaplain for St. James Cathedral where he serves as a Verger, pastoral visitor and a member of the Pastoral Care Committee. He lives in the Margate section of the city with his partner of 18 years.

Lucia E. Conrado was born in Texas and was raised in Mexico. She earned a Bachelor’s Degree in Political Science, with a minor in Accounting Systems, from Grand Valley University in Michigan. Lucia worked six years as Manager of Operations and Finance for St James Cathedral in Chicago. Her position’s primary responsibility was to provide leadership for the organization’s financial functions in conjunction with the Treasurer and Finance Commission. Before joining the Cathedral staff in 2008, Lucia worked for Yarumal Foreign Missions in Kenya, East Africa, where she was Financial Analyst and Program Coordinator. Her role was to provide a trustworthy financial structure and actively participate in pastoral work as the coordinator of women’s programs in Tuum. While in Kenya, Lucia learned Swahili and co-started a microcredit program to benefit the entrepreneurial efforts of women. Her volunteer work has included the Peace and Justice Committee of the Archdiocese of Chicago, the East Timor Action Network and Peace Brigades International. Her husband, Victor, is the Associate Rector at St. Mark’s Episcopal Church in Glen Ellyn where she is an active lay leader and pastoral associate. They have two sons. Lucia completed the Bishop Anderson House Lay Volunteer Chaplain Training Program in 2012.

Oluwatoyin (Falusi) Adeyemi, MD completed medical school in Nigeria and has been a board certified infectious disease physician at Stroger Hospital of Cook County and Rush University Medical Center since her Fellowship days in Infectious Disease in 1999. Toyin holds multiple appointments in the Rush College of Medicine (Associate Professor of Medicine), Stroger (Attending Physician, Infectious Diseases), Rush University (Provost Committee on Gender Issues, Rush-County Collaborative Research Committee) and the Rush Rothstein CORE Center (Director, Hepatitis Clinic). Her research interests span HIV and hepatitis C co-infection, HIV and Aging, and Metabolic complications of HIV and HIV therapy. Toyin was born in Ithaca, NY when her parents were graduate students at Cornell, and she grew up in Nigeria where she saw the ravages of sickle cell and HIV/AIDS diseases. She has two wonderful daughters, ages 14 and 15, and she is interested in resuming her volunteer work in Africa when they are older. Toyin is an Anglican, and her grandfather was a Canon in the Church in Nigeria. 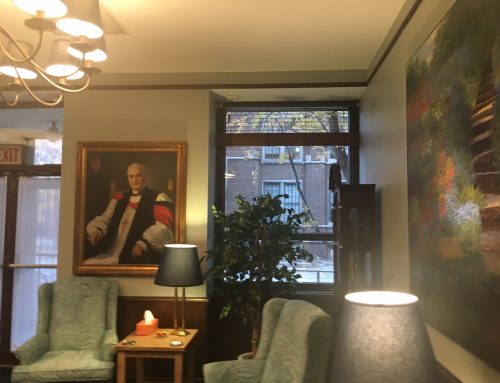 “The Art of Healing”–a night to remember

“The Art of Healing”–a night to remember